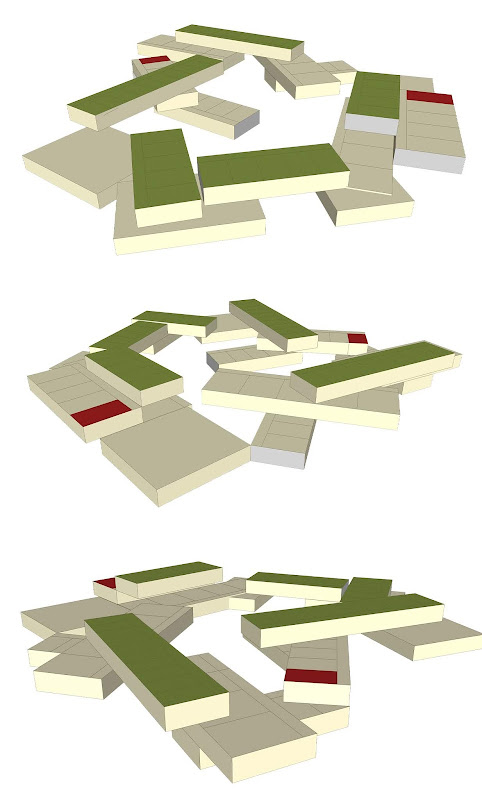 The design was developed keeping in mind the Bioclimatic factors. Features were introduced to enhance the overall performance of the building while simultaneously striving to make it a comfortable, interesting and flexible space for the researchers. So the motive was to emulate a space both functional - climatically, environmentally, structurally, and aesthetical. we wanted to express the freedom offered by the temperate climate which the other climatic types did not peremit. so, The design solution hence proposed attempts to take the user through multiple transitions and creates surprise elements to make the whole experience enthralling and not monotonous. though the building appears to be free flowing and scattered, but it has the attributes of “one building” and hence “unity & harmony”.

The overall structure was elevated from the ground by earth berming (earthen contours) that increases the wind flow through the BUILDING. The cantilivers created due to the free placement of the blocks led to creation of self shading zones and interaction spaces, Screened porches and patios were also introduced that provide passive cooling by ventilation. Organization of blocks was done to capture the wind flow. also minimizing the west facing glazing to reduce summer and afternoon heat gain, Rooftop gardens are included that are easily accessible and provide heat insulation . 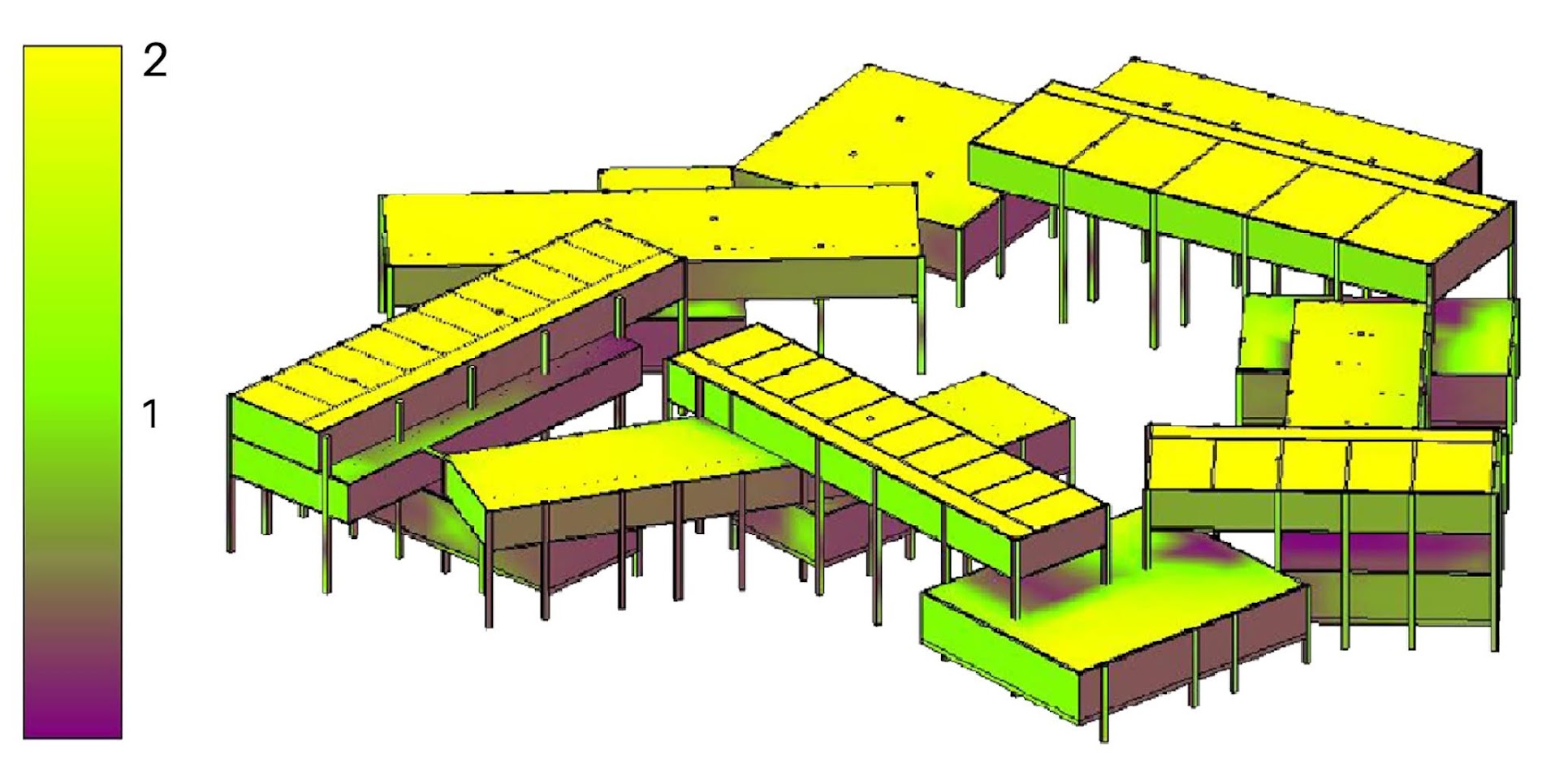 Solar Insolation on a surface is the amount of solar radiation incident on it. Basically that means how much sunlight is shining on the surface. As inferred from the insolation study, maximum radiation is on the roofs while the walls receive relatively much lesser sunlight. Walls are hence protected by mutual shading of the blocks. Now to protect the roofs from excess radiation we have made use of terrace gardens, while excess radiation has been harnessed by use of solar panels. the climate of the city gave a great opportunity to experiment with the form as the climate conditions of the city was more or less ideal with ambient weather conditions - neither too hot nor too cold.

The main problem we faced while designing was the blockage of wind due to one of the blocks and no proper ventilation provided to the structure present behind this block. The solution proposed was to elevate the block on pilotis instead of making it a solid 2 storey structure. Also this block has an added cantilevered roof which streamlined the flow of wind and aided in pushing the wind to move from below the structure as shown in the sketch. This gave an opportunity for all the blocks present behind to get ample amount of wind at the ground and first floor level as well. the irregular and eccentric placement of blocks helped in providing ample daylight and north light to most of the blocks which was ideally required. self shading of the transition spaces was also achieved by this proposal.

“I can't say that my disability has helped my work, but it has allowed me to concentrate on research without having to lecture or sit on boring committees.”